This is a collaborative community website about the 80's inspired music style known as Synthwave that anyone, including you, can edit. Click the edit button at the top of any page to get started! There are many many things that need to be done on this wiki:

If you want to help out that be much appreciated, contact me on here or on the /r/outrun discord (@vaag)

Synthwave - Also known as outrun, retrowave, futuresynth, as well as other names - is a genre of electronic music influenced by 1980's film soundtracks (adventure, action, science fiction and horror films especially), video game music and pop-culture. Beginning in the mid 2000's, the genre developed from various niche communities on the internet in what film maker Iván Castell (of the "Rise of the Synths" synthwave documentary) described as "a DIY grass-roots music movement." 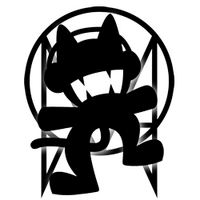 Go to these sites for info or for help with your own wiki!

Want your community included? See how!

Retrieved from "https://synthwave.fandom.com/wiki/Synthwave_Wiki?oldid=2613"
Community content is available under CC-BY-SA unless otherwise noted.